Although the new iPhone 12s, which are said to be delayed frequently since the pandemic process, did not reach the September 2020 period, today, when the calendars show October 13, 2020, they were officially introduced. We have shared all the details of the iPhone 12 Pro below. However, if you want to look at the technical features in general, as follows;

Announced by Apple CEO Tim Cook, the new 5G powered iPhone 12’s 6.1-inch OLED screen offers an experience with a resolution of 1170 × 2532 pixels. The new iPhone 12, which has the same screen size as the previous model, retains the notched screen design and has a pixel density of 480 ppi. The iPhone 12, which will take its place on the shelves with black, white, blue, green and red color options, comes with an aluminum case. In addition, the iPhone 12 screen is 4 times more resistant to drops with its ceramic shield development.

The iPhone 12 models are powered by Apple A14 Bionic!

The Apple A14 Bionic processor, which powers the iPhone 12 series, is produced with a 5 nm fabrication process. It was first introduced with the new iPad Air, which was introduced last month, but it seems that the new tablets will meet the users in similar periods with the iPhone 12 series. Consisting of 11.8 billion transistors, the A14 contains 6 cores in total, two of which are high performance. The 16-core Neural Engine and advanced image signal processor are just some of the advantages offered with the A14 Bionic.

It is announced that the iPhone 12 has been significantly improved physically. So much so that the new iPhone is 11 percent thinner, 15 percent smaller and 16 percent lighter than the previous model of the series.

The iPhone 12 comes with two rear cameras, just like the previous model of the series. The ultra-wide-angle first lens has an f / 2.4 aperture, while it has a 120-degree angle of view. This lens has a resolution of 12 Megapixels. Another lens with 12 Megapixel resolution has f / 1.6 aperture and iPhone brings optical image stabilization.

No adapter and headphones are included in the iPhone 12 box

One of the most striking points at the Apple launch was that the new iPhone 12 did not include a charging adapter and a headset. 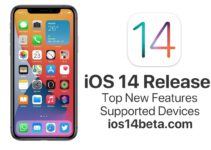