iOS 14.1 Beta 2 Download. Apple has released a second beta for iOS 14.1 and iPadOS 14.1 developers. Last week was the release of the first beta version of the OS instead of releasing another beta version of iOS 14.

There has been no new iOS 14 beta in the past two weeks. After iOS14.1 beta 1 came out last week and we didn’t get the ninth version of iOS 14. It looks like Apple has actually finished work on this version, although it hasn’t been released yet and not even expected until the end of this month.

The second versions of iOS 14.1 Developer beta 2 and iPadOS 14.1 Developerbeta 2 are already available for developers. Therefore, if you have an Apple developer account, you can download IPSW from the new beta 2 or upgrade over the air.

In the second beta, Apple introduced several improvements to stabilize the operating system. Several bugs fixed and performance should be better. Taking into account the firmware weight of 280 MB, no innovations are expected. The company is simply refining its current functions. You can find out about all the new features in the first iOS14.1 beta here. 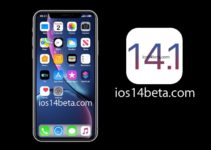 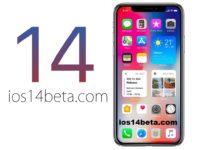