iOS 14 Release Date September 16th. True, Apple has not yet provided any official information about iOS 14. But given what was not implemented in iOS 13, and rumors about the features of the future iPhone 12, we can make reasonable assumptions about what will be in the next big iOS update. iOS 14 Devices.

Some of them are obvious, for example, 5G support, if Apple finally decides to release the iPhone 5G, which works with next-generation telephone networks.

Given that in recent years, major iOS updates were released on September 19, the day before the presentation of the new iPhone line, it can be assumed that iOS 14 will be released in late September 2020. This will be timed to coincide with the launch of the iPhone 12, which will be the first smartphone to receive a new iOS.

If Apple is faithful to its traditions, it is likely to introduce iOS 14 at its annual WWDC – WWDC 2020 conference, which is likely to be in early May and will open beta for developers on the same day. The first public beta will be released later this month.

Unlike competing Android device manufacturers, Apple is committed to providing software updates for the iPhone and iPad for at least four years. Quite often, however, support goes beyond this period, and rumors suggest that iOS 14 and iPadOS 14 will continue this tradition.

The French site iPhonesoft has received some information from a supposedly reliable source that indicates that Apple plans to support devices released back in 2015. In fact, every iPhone that was compatible with iOS 13 will reportedly also support iOS 14.

If today’s information is accurate, it means that the full list of devices compatible with iOS 14 will look like this:

As for the slightly less extensive iPad line, it seems that Apple is preparing to abandon support for the iPad Mini 4, released back in September 2015 with the Apple A8 chipset for iPhone 6, and the larger iPad Air 2, which debuted in October 2014 with a powerful Apple A8X. 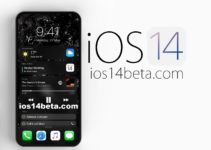