Specifically, Apple has released the following new operating system versions in an initial test version for developers to download.

We are currently still collecting information on the associated innovations, but the first indications already point to significant functional expansions.

According to initial reports, iOS14.5 beta also comes with the option of using 5G connections in dual SIM mode. Only last week we had the fact that the new iPhone models in dual SIM mode work exclusively via LTE. This will obviously change in the future.

Game controller support for iPhone and iPad will also be available with iOS14.5 beta. expanded. In the future, the devices will be compatible with the latest controller models from Sony and Microsoft and will also support the PS5 Dual Sense Controller, for example. 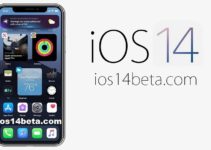