iOS 14 Beta 1 Download. New versions for developers were released immediately after the presentation of WWDC 2020. Apple introduced a lot of new and interesting.

Registered developers can download a profile for the first beta of iOS and iPadOS from the Apple Developer Center. After this, the beta versions will be available wirelessly.

Among the most important innovations of iOS 14 and iPadOS 14, we note:

Now your iPhone or iPad will install a new beta, and you will be able to test new features before anyone else. 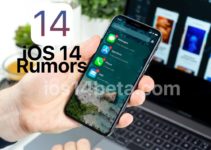