Home
iOS 14 Beta
Why not install iOS 14 Beta on your device?

Below we will tell you about five reasons not to install iOS 14 beta on your main device.

With the beta version of iOS 14, Apple threw us a difficult task. Previously, a beta profile was required to install beta systems. The method worked even if you did not have a developer account. Now everything has become much more complicated.

You need a Mac with macOS 10.15 beta or Xcode 11 beta. In addition, on your computer you need to download the file iOS 14 beta IPSW, which weighs a lot. Then through iTunes you need to install the IPSW file on your iPhone or iPad. The whole process is quite complicated and long, which will stop many users. However, you can use our instructions.

2. A large number of bugs

Apple just released the first beta version of iOS 14, and it’s not even a public beta, it is intended only for developers. Obviously, this version is full of bugs and problems with stability and performance. In the next couple of months, Apple will fix all the bugs in time for the final release in September.

Also read: Bugs and problems of the first beta version of iOS 4

3. Some functions do not work

You probably want to install iOS 14 to play around with new features, but some of them still malfunction or do not work at all. All this will be fixed by the release of the final public version of iOS 134.

Even if the reasons above are not enough for you, there is still incompatibility with third-party applications. Many applications do not yet work in iOS 14 or crash on startup. Developers have a couple of months to update their applications for iOS 14, but for now they have to wait.

5. Lack of support from Apple

Since iOS 14 is under development, you should not expect any help and support from Apple and application developers. Apple, on the contrary, expects you to report system bugs and problems so that the company can fix them. Here you have the task of ridding the system of bugs.

Application developers will respond that so far their applications do not support iOS 14, and you can only wait.

If you have one main iPhone or iPad, then you should stay away from the first beta version of iOS 14. We advise you to wait for the first public beta, which will have fewer bugs. In addition, it will be easier to install. 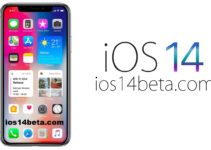 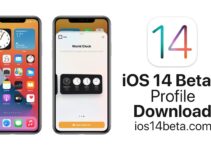